CALL US FIND US
Schedule Service Sell or Trade-In

Sell Your Car the Easy Way!

My First Road Trip Across the Prairies

When I was fourteen, my family went on a road trip across the prairies. We had taken smaller roads trips before, like to Fargo or Brandon, but nothing this far. We were on a mission to get to Edmonton, Alberta that summer.

Our parents decided that the perfect way to bring all three of us kids together was to stuff us into our early 200’s Durango for three days. Because it was 2011, the only things we had to entertain each other were each other, and a portable DVD player. This was a very ambitious trip.

My parents proudly packed for our trip all week long, installing a roof rack and carefully planning our route. My dad used google maps to print out the route and installed his “trusty” GPS (more on that later) and was ready to go!

The night before, we packed up the Durango and our parents told us where we had to sit. My brother and sister sat next to each other, and because I was the oldest, I got the back seat all to myself. This arrangement changed once my brother and sister started squabbling, but it was a good idea in theory.

At four in the morning, my mom enthusiastically woke all of us up. How she had that kind of energy I do not know, but I do remember rolling out of bed, grabbing my backpack, pillow, and blanket, and immediately walking into a wall because I forgot to put my glasses on.

At five a.m., we had finally all been successfully wrangled and in the car. I fell asleep and woke up when my dad stopped for coffee at strange Tim Hortons. I thought that meant we were almost there but being unfamiliar with Winnipeg we were actually just somewhere West of the Perimeter. The stop wasn’t a total waste though, because Tims meant we could have Timbits for breakfast!

I remember seeing the rolling hills on the Saskatchewan/Manitoban border for the first time and being amazed that the ground wasn’t flat. I had seen mountains before, but those seemed to stand out of the ground instead of being an unsteady, wavy surface. I was ready for our first stop: The Dinosaur Museum!

We drove for what seemed like forever, finally arriving in a small, old town called Drumheller. We pulled in to our Bed and Breakfast to unpack and get ready to go out. For those unfamiliar with BB’s, they’re like Air BB, but you had to actually call to book your stay, and the owner of the home was there too. We were lucky because this particular BB had Wi-Fi so I could keep reading my story as I waited. Once we were unloaded, we headed out. I did not take this photo. My camera skills were very limited at fourteen.

Being fourteen, I thought I was too cool for the Dinosaur Museum, but my mom let me take pictures with her digital camera for the first time. It’s strange to think that not even ten years ago it was a big deal that I could use a digital camera when now I use my phone every day to take pictures for CROWN Auto Group. The museum hosted a whole slew of dinosaurs, but the best part was watching my brother, who was ten at the time, see the dinosaurs.

Our next stop was the Hoodoos, AKA the Badlands. It’s a provincial park and looked like what you would see at the Grand Canyon because of the distinct patterns in the soil. I remember climbing them with my family. The Badlands were also where I broke my first law; I took a rock, which is against the park’s rules. I still have that rock.

My family spent a day in Drumheller, and then we were off to the rest of our vacation: Edmonton. On the first day in Edmonton, my parents needed to go to Walmart. My dad used the hotel computer and got directions off Google Maps, and plunked them into his GPS. We all loaded up back into the car, and my dad drove. And drove. And drove. We passed through the city’s centre, by IKEA, and eventually, we drove into the suburbs. Faithfully following the directions, my dad followed every direction, all the way until we drove into someone’s parking lot hearing “you have arrived” from our GPS. Realizing something went wrong, my dad drove all of us back to the hotel and asked the front desk where the nearest Walmart was. It was literally right behind our hotel.

On the second day, we went to the amusement park, and I got to try my hand again at taking pictures. After spending a couple of days in Edmonton, we packed up again to go home, only this time my dad printed off the directions instead of using his GPS. Shortly after that trip my dad packed away his GPS, never to be seen again.

What’s your most memorable road trip? Tag us in your road trip pics this summer on Facebook and Instagram and we might feature them on our page!

Posted in About Us 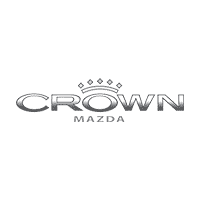